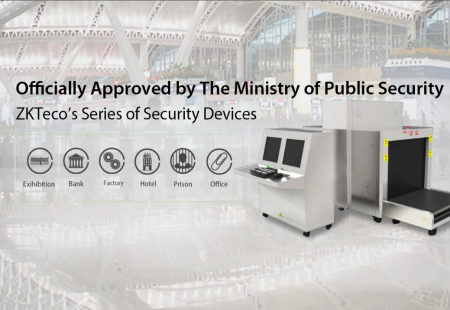 After two years of independent research and development in Europe and China, ZKTeco’s 5030C/6550/10080 X-Ray terminals have successfully obtained the Level A Chinese National Certificate and the 5030A/100100 X-Ray terminals have obtained the Level B Chinese National Certificate, which officially granted by the Ministry of Public Security (China). These certificates indicate that ZKTeco has officially entered the securities market. Through acquisition, ZKTeco established a Security Research and Development Center in Italy and a Global Research and Development Headquarter in Shenzhen. Our core development team members have accumulated more than 16 years’ experience in security industry. ZKTeco’s series of security devices have outstanding features of intellectual property within the industry:

1. Combined with the new hybrid biometric identification’s big data to analyze and identify people and objects; creating a blacklist and a white list in objects recognition system

3. Provide Open API for third-party developers fully benefits system integrators in any industry to easily develop and integrate different solutions, as well as to promote the security technology as a technical platform for large-scale users

Meanwhile, ZKTeco also announced the establishment of ZKTeco Security Leasing Subsidiary. Leverage with ZKTeco’s worldwide service network, the subsidiary will provide public leasing services including security screening, explosion prevention, drug testing on anti-terrorism, major gatherings, sports events and other public activities. ZKTeco is planning to construct a 100-acre base Research & Development and manufacturing center which will be the largest one in the industry for pedestrian, car and object inspections.

ZKTeco is devoted to the research & development, production and services of hybrid biometric identification on related products and solutions for pedestrian, car and object inspections, ZKTeco leads the development of the industry with innovation and reformation.